Home Construction and Building Sands: The Common Sand Types Used Want to learn how to skateboard? – Take a trip to paradise on earth

Want to learn how to skateboard? – Take a trip to paradise on earth

Want to learn how to skateboard? Take a trip to paradise on earth, aka Santa Barbara. In this sunny California enclave, skating is more than a sport—it’s a way of life. It’s a proving ground for hard-earned skills, an avenue to socialize, a fantastic way to have fun, and in some cases, it’s a means of turning pro and becoming known around the world. Of course, this thought is in the back of many skaters’ heads, so competition is remarkably stiff.

It’s tough to say how or why skating is such a large part of Santa Barbara’s culture—the same way it’s tough to say why wrestling is engrained in Ohio’s culture, or baseball in Japan’s. Nevertheless, that’s just how things are, and what’s more is that Santa Barbara natives wouldn’t have it any other way. For proof of the point, simply visit one of the many skate parks in the town to find every type of person imaginable dropping in—from the senior to the teenage skateboarder, and from the stockbroker to the full-time student.

Skateboarding is a universally accessible language, and in Santa Barbara, everyone is fluent.

However, it would be completely inaccurate to think that skating is all fun and games in this slice of California. On the contrary, as in any sport or activity where one’s skills—and faults—are on full display, riffs develop, grudges form, alliances are crafted, and ultimately, it becomes rather clear who’s a friend and who’s an enemy. Tensions often build, tempers flare, and unintended words are uttered. The larger result of these points is the development of unspoken rivalries between skaters vying for the same thing—greatness.

Luckily, at the end of the day, skating offsets most of these hold ups.

Additionally, this isn’t to say that skaters looking to visit Santa Barbara to improve their skills and soak in its board-driven culture shouldn’t do so; this will likely be a memorable, rewarding, and perhaps life-changing experience, like it has been for so many others.

It is to say that, like many things in life, there’s more to this culture than meets the eye, and many today simply aren’t aware of the point (on a separate note, check out 360 to Paradise, a recently released novel highlighting a skater’s struggle for survival —and an ideal life—in Santa Barbara. It does a phenomenal job of illustrating the aforementioned culture and way of living within the town). Being surprised after flying or driving a long distance is never a good thing, so this idea has to be emphasized.

For skateboarding addicts and newcomers alike, there’s never been a better time than today to check out Santa Barbara and everything it has to offer—including unique and kind people, delicious food, remarkable culture, and much more, in addition to skateboarding. Numerous professional boarders have gotten their start there, and more individuals than that have learned something about themselves and their abilities with a visit.

Be prepared to have some fun and turn a blind eye to a higher level of competitiveness than is common elsewhere around the country and the world.

Don’t forget to check out 360 to Paradise @ http://www.caseymarx.com/ 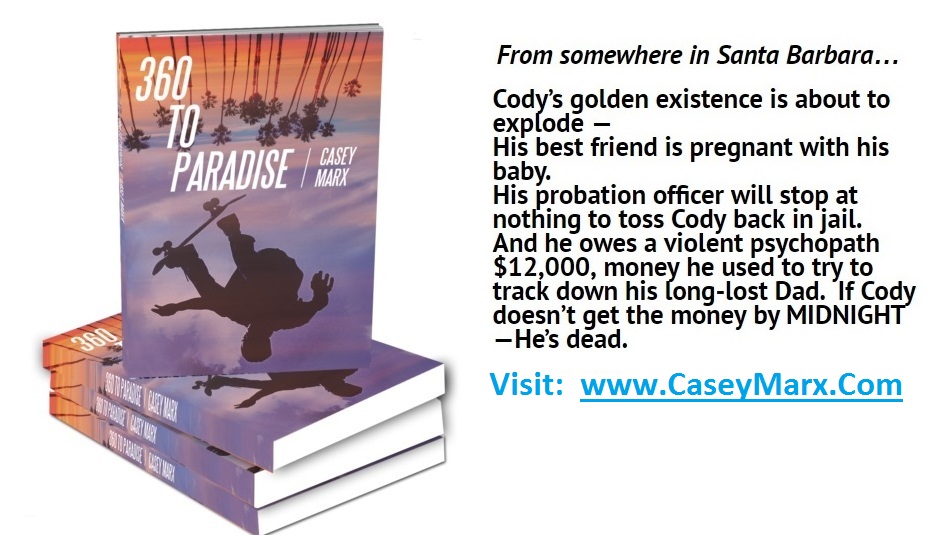 Apr 18, 2017admin
Comparison between Freelancer, Upwork and Guru pricesTop Job Boards for Job Seekers to Help Them in Finding the Right Job